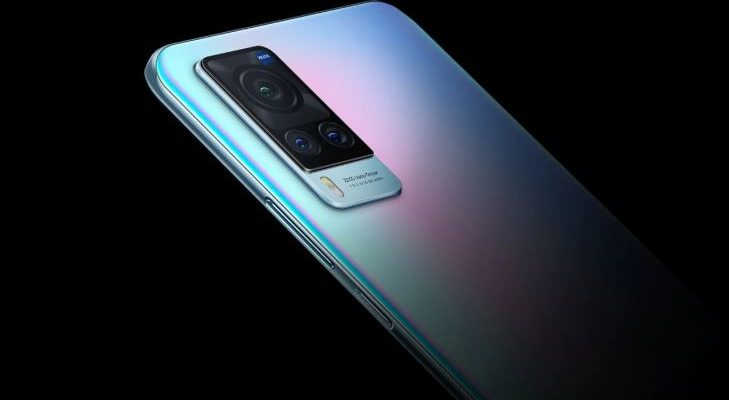 What is the biggest selling point for a smartphone? Battery, Camera? We’ve been seeing many reputated smartphone brands partnering with famous cameramakers to provide users with powerful cameras so that you can shoot everything on your phone. A good example is OnePlus collaborating with Hasselblad to finetune the cameras on the OnePlus 9 series. Flagship phones means it will provide a processor that will enhance the overall performance of a smartphone. “Vivo X60 5g”

Vivo has partnered with Zeiss recently for the X60 Series as to improve its photography capabilities & features. Let’s dive in into the key features of Vivo X60 Series.

The latest Vivo X60 trio looks a class apart from the other models this brand offers. The base model in the series X60 features an pleasing, slim design, powerful hardware, impressive cameras, and a powerful battery- all thanks to its Snapdragon 870 processor.  All these at an tempting, flagship killer price of Rs 37,999.

As expected the X60 shares a lot of similarities with the Vivo X60 Pro’s in terms of innards. The smartphone on Qualcomm Snapdragon 870 chipset. The 5G-enabled octa-core silicon ensures that the device can handle any sort of functions upto greater extent. Being such a highly powered hardware there isn’t any sort of lag or stutters while using multiple apps.  The 8 GB of RAM makes switching between multiple apps instantaneous too; along with 128 GB internal storage. There is 3 GB virtual RAM that allows the device to take space from the storage to allot to RAM. Do you know, the brand claims that by combining virtual RAM with the RAM on board you can use 20 apps at a time.  It also gives a delightful gaming experience because of Adreno 650 GPU.

There are similarities between the Vivo X60 and X60 Pro looks. Yet, Vivo X60 grabs your attention immediately with its unique gradient finish. We’ve seen users preferring gradient/matte finish over glossy ones, and still Vivo has been able to make the X60’s panel look quite appealing. It is available in Midnight Black and Shimmer Blue hues.

With a 6.56-inch AMOLED screen with full HD+ resolution, the phone has a lot to offer. Being a modern flagship phone, the screen features HDR 10+ support and offers a refresh rate of 120Hz. A punch hole camera is provided that isn’t too distracting either; doesn’t give you less of anything from the immersive experience provided by the display.

The biggest difference between the Vivo X60 5g and X60 Pro is their primary camera’s aperture. While both the smartphones come with a triple-camera array that has a 48MP shooter, X60’s camera has an aperture of f/1.79 (vs f/1.48 on the X60 Pro). The megapixels are the same in terms of their size and pixel size as well. The remaining two sensors– a 13MP wide-angle shooter, plus a 13MP telephoto camera that offers 2x optical zoom and doubles up as a depth camera. And both have  have a 32MP selfie lens. The daylight shots taken with X60 gives an amazing level of detail, and colour vibrance. The selfie camera takes impressive close-ups and portraits as well. Photos taken in low-light environments have noises naturally but still it stays in check.

The price of Vivo X60 is Rs 37,999, the X60 certainly deserves your attention. Definitely it is costly but if you are looking for a satisfying flagship smartphone then you might add it to your list.