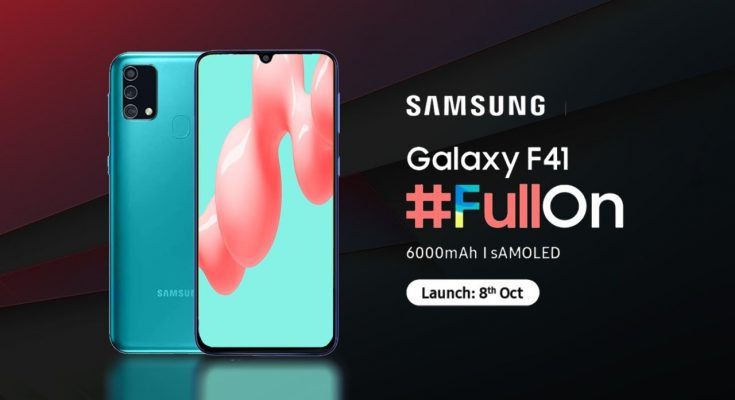 Galaxy F41 comes with One UI Core based on Android 10. This Octa-core smartphone is available in Fusion Blue, Fusion Black and Fusion Green color options. It has 64GB of storage expandable via microSD card up to 512GB. A dedicated sim and microSD triple slot tray is provided for that. Galaxy F41 is a dual SIM smartphone- GSM and GSM which means this smartphone accepts Nano-SIM and Nano-SIM cards. It also has a rear-mounted Fingerprint sensor which works smoothly. 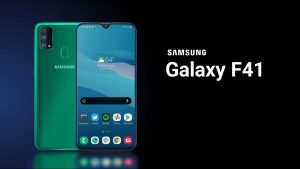 As far as camera is concerned, Samsung Galaxy F41 is packed with a 64MP rear primary camera(wide), 8MP ultrawide and 5MP camera for depth with LED flash. You can take 4K videos at 30fps, [email protected] It has gyro-EIS capability for smooth videography experience which is common for smartphones of this specs package and price range. Front selfie camera has 32MP with notch, allowing [email protected] video recording.

Samsung Galaxy F41 offers 6.40 inch touchscreen display with Corning Gorilla glass protection. It has 1080×2340 pixels resolution of 403 ppi density. The screen is of Amoled material which is good for color contrast. 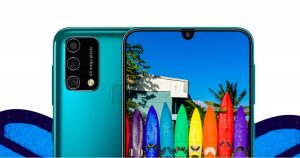 Finally coming to the battery, Samsung Galaxy F41 offers Li-Po 6000mAh battery which is clearly good reason to put this price. I mean 6000mAh! It has 15W fast charging capacity. This means with one full charge you can travel with long period of usage without feeling hassle to charge your phone. They clearly have given a great reason to the customer to buy this smartphone that is hard to overlook.