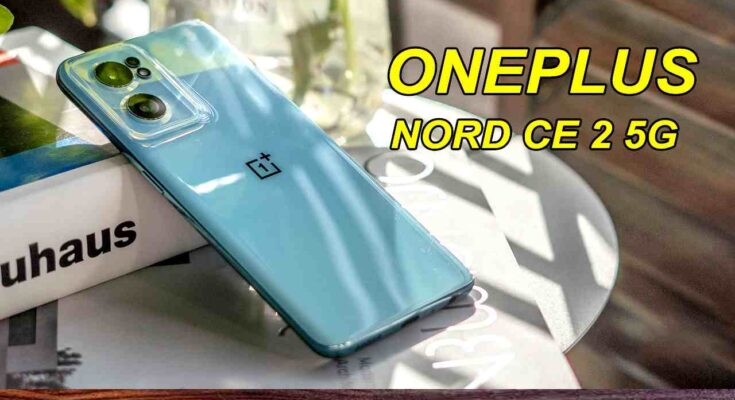 The OnePlus Nord CE 2 has familiar with any Nord smartphone design. With a 6.43 inch display, the phone is quite thin at 7.8mm weighing 173g, which keeps it comfortable in the hand. The display offers a 90Hz refresh rate and a great color range. Though not a flagship-level screen still, one of the better panels around this price.

The new Nord CE 2 ships with Android 11 rather than the more recent Android 12 with OnePlus’s own OxygenOS skin on top however, it was expected to get at least the latest android version. The smartphone has MediaTek Dimensity 900 chipset inside the Nord CE 2and with it’s refresh rate I’d say it’s good for heavy use. Both the back and the front frame are if plastic material with an average glass finish though it looks good. A new design is that the phone has a shimmering, transparent top layer that then rises up to curve around the main camera. The body looks attractive and feels good in your hands.

We are getting an AMOLED screen coated in Gorilla Glass 5 & its 90 Hz refresh rate keeps animations and scrolling fast and smooth. This will come in handy for competitive gamers who have many benefits from a faster refresh than this. And similar to many budget phones now, it comes with a pre-applied screen protector that adds another layer of support. It has mono speakers, where the output is fairly crispy by smartphone standards. The inclusion of a 3.5mm headphone jack is also a good-to-see factor of this phone; an easier option for wired headphones. 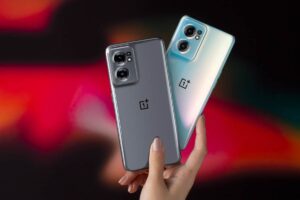 In OnePlus Nord CE 2 we get to see a 4500mAh battery and topped up with a 65W wired charger. As claimed by OnePlus the new Nord CE can deliver a full charge in 32 minutes, and reaches 93% after half an hour.

The Oneplus Nord 2 CE 5G phone is coming with a 64MP, f/1.8 main shooter with electronic image stabilization (EIS). The camera delivers decent quality under daylight and good lighting conditions. However, in general, the photos could have been a lot better in this price range than other phones in the same price range are offering especially when you are shooting in indoor lighting. The daytime photos yield bright vivid colors and plenty of detail. There’s an 8MP, f/2.2 ultrawide lens which I found lacks a little dynamic range. Still, it delivers decent shots in the right lighting. Additionally, a fine 2MP macro camera completes the camera module.

The front camera is of 16MP, f/2.4 selfie camera that also takes good photos in the right lighting. Portrait mode can deliver a blurred bokeh-ish background, but the edge detection needs improvement as the hair gets blurry like in budget smartphones. As for video recording, you can record 1080p video at up to 120fps, & 4K at 30fps with weak EIS included making it unstable for vloggers.