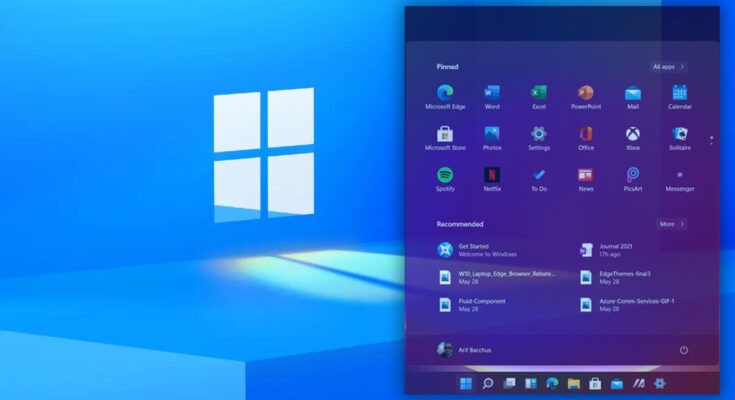 Microsoft will be launching Windows’ newest version, Windows 11 on June 24. Thurrott reported that the giant company will end the support for Windows 10 by October 2025 completely. Regarding the new addition to its OS, some surprising Windows 11 performance improvements have been cited. So how Windows 11 is expected to have improvements over Windows 10?
https://www.techdriod.com/microsoft-to-stop-windows-10-support-on-october-2025/

Some of the expected Windows 11 Features

There have been notable improvements in terms of design. Windows 11 update is likely to improve the legacy apps and features of the OS. The Windows is expected to appear more modern with consistent design language on the surface. Microsoft is employing WinUI, modern controls, styles to improve the overall experience. An example is that Microsoft will update File Explorer with dark mode support for the popup. Microsoft’s codenamed project “Sun Valley” will update File Explorer with new icons, rounded corners, and dark mode improvements.

In the new version, File Explorer will get an enabled tablet experience by default. Users can try out the new layout when they’re using the desktop mode. Obviously, it can always switch to the old layout called “Compact mode.”
It will get a battery system update by Windows Sun Valley. Users will get a redesigned ‘Battery’ settings page with detailed graphs to help users understand how their device is using the battery.

Windows 11 is also getting some camera updates. The new Camera Settings page for advanced users will have help to manage the existing cameras, add/remove cameras, configure the default image settings of each one. The Settings page can be found at Settings > Devices > Camera, which can be used to configure the default image settings. The graphs will appear within the same settings app and the laptop’s battery level will be visible throughout the day.

The Windows 11 users will get greater control over GPU usage. The integrated GPU will get used as a power-saving GPU and the discrete graphics card as a high-performance GPU. This setting can be configured automatically based on the device.

Youtuber Ben Anonymous has stated some of the factors in which the new version shows improvement. He did some tests that have given us some clues about the performance of Windows 11. His test showed Time Spy in 3DMark, which showed surprising results in CPU and GPU, with the GPU score increasing from 6,927 to 7,426, and the CPU score increasing from 6,573 to 8,886. Windows 11 gets an impressive boot time, shorter at 13 seconds instead of 16 seconds. Microsoft is adding some new power management features too. Multitasking gets easy without the device getting hot which means greater longevity to the hardware.