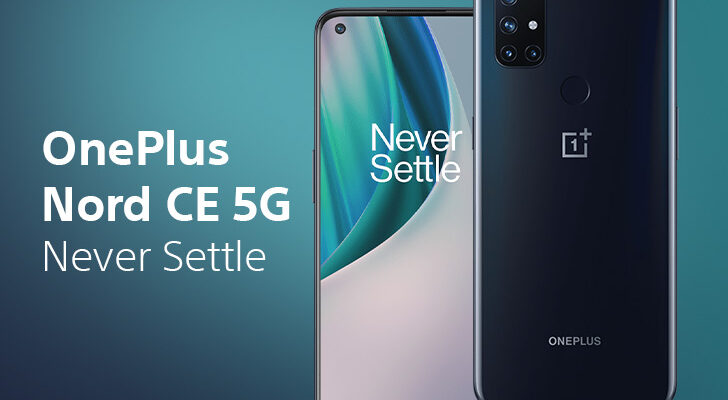 OnePlus Nord CE 5G will have its confirmed launch on June 10. Before its launch, a leak has revealed the key specifications of the OnePlus Nord CE smartphone. OnePLus

This OnePlus Nord CE phone will likely feature a 6.43-inch AMOLED display with a 90Hz refresh rate identical to OnePlus Nord. Nord CE smartphone may offer a Qualcomm Snapdragon 750G chipset. The smartphone might feature a 64MP primary sensor and two secondary cameras. In addition, new OnePlus series phone might feature a design similar to that of the OnePlus 9 series as revealed by Android Central. It means we can expect to get a rectangular camera module and a curved-edged body. The rest of the details are unknown.

The OnePlus Nord CE 5G smartphone will launch on June 10 in India as mentioned earlier. It will be available to purchase on Amazon.in and the OnePlus India official website. To say about the price,  the original OnePlus Nord was launched in India for a price starting at Rs 27,999 so, we can expect the price to be around that.

How To Transfer Whatsapp Data from Android to iOS