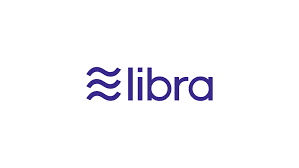 Facebook is coming together with 27 organizations All Around The World To start the non-profit Libra Association and create a new currency called Libra, It’s mission is to create a simple global financial infrastructure that empowers billions of people around the world it’s powered by blockchain technology and the plan is to launch it in 2020. You can read more about
Facebook’s Digital Wallet: Libra Is Coming Here: https://libra.org/.

That’s how Facebook CEO, Mark Zuckerberg announced Libra his company tends to  Revolutionise not just payment but money itself on a global scale. what is Libra more exactly and why should the terrible privacy violating trust rending not good very bad year if not decade facebook’s had. why would anyone in a right mind or Mark Zuckerberg think for a smoking heart minute we trust them with our money.

Facebook is the face of Libra no doubt about it but for reasons, I will get into in a bit is liberally not making yourselves all of Libra instead Facebook is put together The Libra Association, A group of Payments, services, Blockchain, and venture capital companies to make things work for Facebook cause where probably also to mediate against the negative element Facebook has engendered from end users and others in the industry over the last year.

According to their website (Libra.org) that include companies called Mastercard, Paypal, Visa, Booking Holdings, eBay, Farfetch, Lyft, Spotify, Uber, Iliad, Vodafone, and others.

Libra is facebook and the Libra association has just announced Cryptocurrency basically Digital Money. Bitcoin is the first and best-known example instead of a country backing and controlling it is typically decentralized and uses Blockchain, literally a linked chain of times and transaction blocks encrypted with a peer to peer networking to protect the security, integrity and the state of the currency.

Transaction on Libra cannot be reversed. If an attacker compromises over one-third of the validator nodes causing a fork in the blockchain, the Libra Association says it will temporarily halt transactions, figure out the extent of the damage, and recommend software updates to resolve the fork.

Facebook has shown us over the years that they simply cannot be trusted from the derogatory offensive curse words Mark Zuckerberg called those who are willing to give our data at the very beginning to the Cambridge analytica and all the others scandals over the last year. Facebook’s Digital Wallet: Libra Is Coming, They made us wake up and realize the massive privacy abuse and security malpractice the company.